Hello guys, once again the Williams team is shining in pit stops. Last season we had 14 best stops in 21 races. But it was not always like that, in my first 2 years in the Williams team, we lost a lot of time in the pit stops. After researching and developing new parts, we greatly reduced time, breaking the record of the fastest pit stop in the world in a racing car. 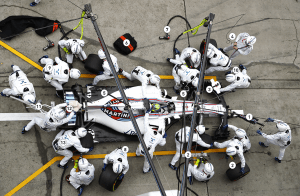 Occasionally, a pit stop can change a race, giving chances to win or lose positions on track. The modern pit stop is as synchronized as a ballet. There are 20 mechanics working in harmony, putting into practice what has been incessantly trained in the factory. It is easy to see that a pit stop was perfect through the timers, but at 2 seconds it is impossible to take a look into the smallest details. Last year we made a post on Facebook showing the roles of each of the members of the pit crew and now let’s talk a little bit about the equipment they use and the backup equipment if anything goes wrong. 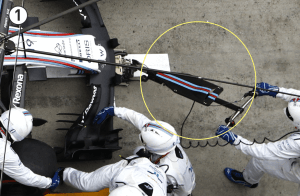 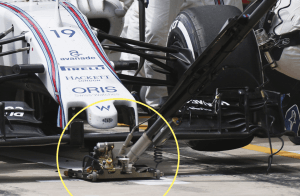 2. Marking plates: These marks ensure that the driver positions the car correctly aligned with the mechanics. One of the plates is secured to the mechanic’s glove, which positions it exactly where the front tire should stay. 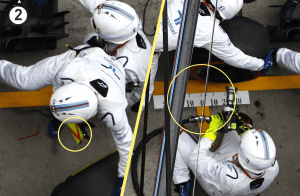 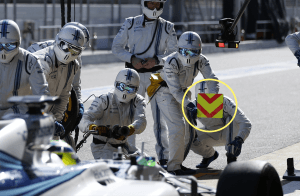 3. Headlight Signal: Replaced the famous lollipops, now become standard stops, they reduce in fractions of seconds the response time for the release of the car to the track. 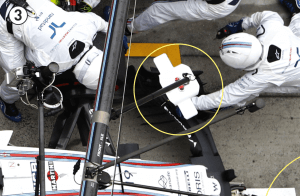 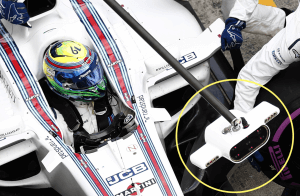 4. Headlight Control: For the headlight signal to work well, there is a mechanic who is responsible for giving the green light as soon as all the work is completed. He works synchronized with a spotter who observes the traffic inside the pits, he can lock the signal until the exit is free avoiding penalty. 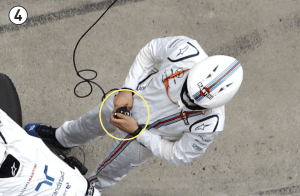 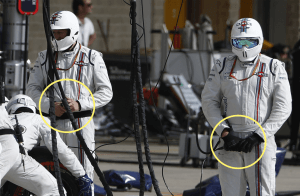 5. DHL Sensors: In 2015 DHL started to mark the pit stops time to reward the teams. So DHL has implemented a punctuation system, similar to the world pilots’ championship, to reward the team with more consistent pit work. They have installed calibrated high-speed cameras perfectly capable of accurately timing a pit stop. 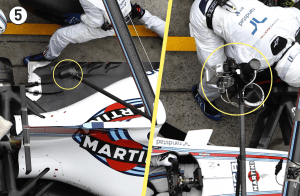 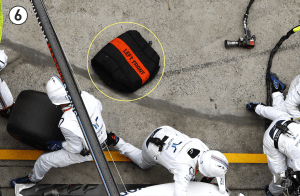 7. Wheel Gun: In case of failure or jamming, an extra pistol is positioned strategically behind the mechanic. These guns can be calibrated with a specific pressure. All teams use the same brand of pistol, but they tend to customize, developing their own fittings, in an effort to accelerate the process of removing and fitting the nuts. 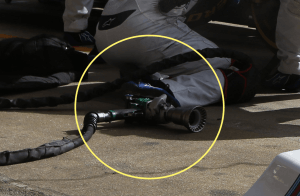 8. Extra nut: In case something happens with the nut as a break, loss or lock the mechanic has an extra nut at hand. One time we went to pit stop for an advertising campaign for a sponsor and realized that the pit stops were faster than in the races. I questioned my engineer and he told me it was because of the temperature that during the races the nut and shaft heat and dilate. This made them catch easily. Taking longer to pull them out. The solution to this was to create a new system of safety locks that allows less pressure to be used to secure them. 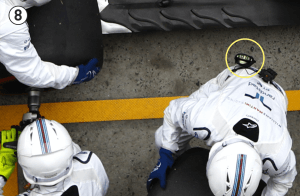 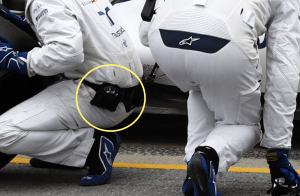 9. Radio Communicator: Used for the team to communicate throughout the GP weekend. The radio is a fundamental piece for all teams, without it is impossible to communicate with the mechanics during the pit stop. The first use of the radio system happened only in the 70’s, Colin Chapman of Lotus, decided to put headphones inside the helmets of his pilots to talk to them in the pits. He plugged the wire into the helmet of the pilot so he could exchange quick information and ideas on race strategy.

10. Screwdriver: Used to adjust the angle of the front wing, giving more or less aerodynamic pressure. In fact the front wing is more important than imagined, as it is fundamental to direct the airflow to other parts of the car, ensuring a good operation of the aerodynamic package. 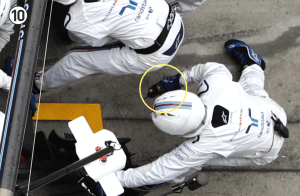 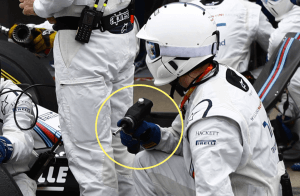 11. Rear Jack: The Jack used to lift the rear of the car and also puts it on the floor with the push of a button. All rear jacking coupling points must be approved by the FIA’s technical department, so that these couplings are not dangerous in the event of a rear-end collision. 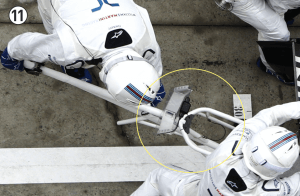 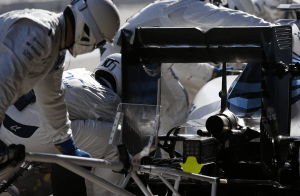 12. Flannel Glove: Used to give that polish on the rear wing, removing any debris or dirt that hinders the aerodynamics or that prevents the opening and closing of the moving wing. 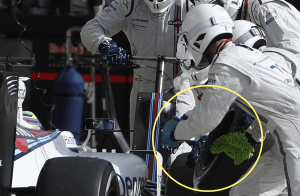 13. Cross Thread Tool: The hydraulic gun can not always remove the axle nut, or because it is dusted or caught due to heat and debris. When this happens the mechanics have a special key always on hand to “Cross Thread Tool”. 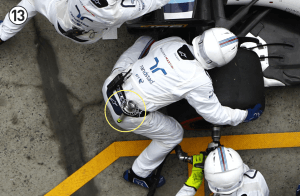 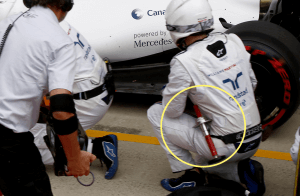 I hope you enjoyed the information. Soon we’ll talk more about the secrets of pit stops. I look forward to suggestions in the comments.